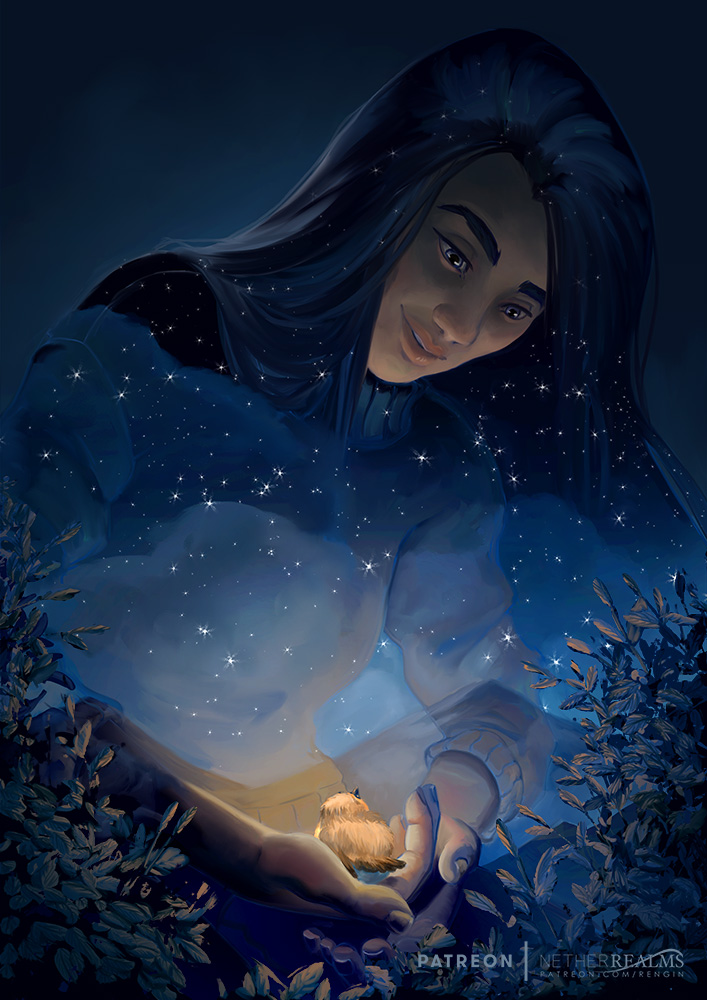 As she entered the Dream, she became the stars, the clouds, the mountains – the world. She looked around in wonder at the dark landscape. But there, in the middle of the bushes, was a warm speck of light.

As she approached, she saw it was a little robin. As she kneeled down, it didn’t fly away. Instead, it hopped into her warm hands as she reached out.