This month, I want to highlight an article I wrote for my blog that seemed to resonate with more people than usual. It’s less about drawing and more about mindset, but that’s also an important part of my work. I think realizing what survivorship bias is can help a lot of people. So without further ado, here’s the article:

There’s this image going around on the web for a couple of years now, at least. It illustrates the concept of survivorship bias: 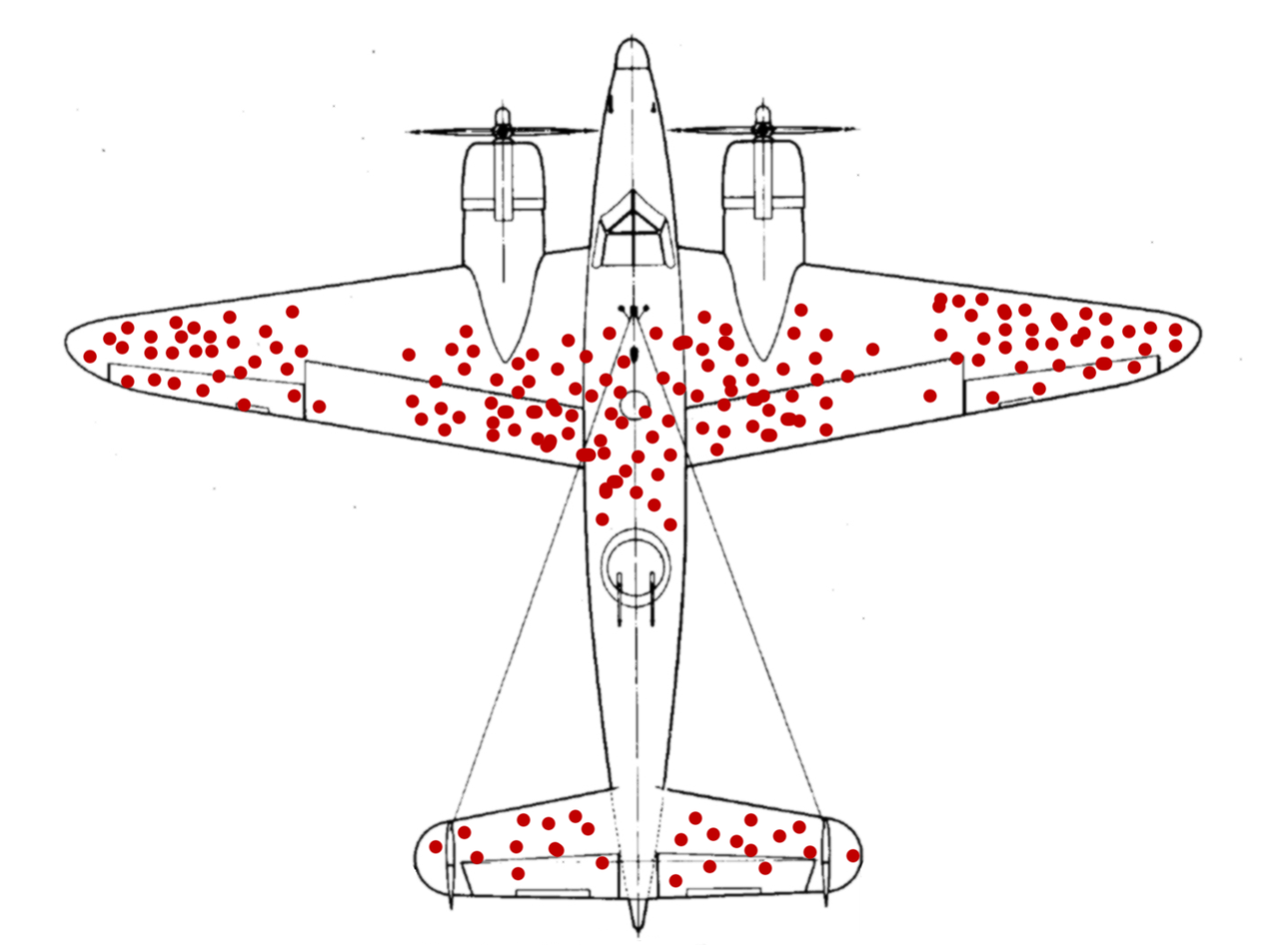 The story that accompanies this illustration is that of statistician Abraham Wald, who discovered a case of survivorship bias during World War II. Researchers were analyzing the damage on returning aircraft and suggesting that the aircraft should be reinforced at the points where the aircraft were the most damaged. Abraham Wald, however, realized that the aircraft that returned had actually survived their missions, instead of being shot down. The ones that had been critically damaged never even returned, and thus weren’t part of analysis, which resulted in a faulty conclusion.

Why is this important to us? Well, the same thing happens when we read about success stories in our own careers. (Social) media tends to focus on success stories, which leads us to not consider the failures, even though we can learn just as much from them and might even be learning the wrong things from success stories. As such, we might be coming to the wrong conclusions based on the data we are gathering.

Listening only to success stories

This comic by xkcd translates survivorship bias as it applies to our situation a bit more directly:

How often have you heard someone successful say: “Do what you love and do it often, and the people will come”? There is truth in this, in my opinion, but it’s only half a truth. More and more often I notice these kinds of interviews or presentations have one of these two caveats:

I’m not saying this to discredit the successful people – in fact, I think a strong sense of branding and a strong network are very powerful skills. A lot of successful artists and authors have, in my opinion, a strong instinctual sense of branding and a distinctive style or subject matter in their work, be it deliberate or not – whereas people who jump around doing everything they love while building their audience don’t grow their audience by much.

The truth is that success is often based on a complicated mix of focus, need, marketing and branding, financial viability and also a bit of luck. If it were as easy as “do what you love”, we would see a lot more people making money from their passion.

Not learning from those who failed:

What are common mistakes they make, and how do they compare to the success stories? Did successful people not make these mistakes, or did they somehow correct them with another skill?

What about the middle?

When we think of success stories, we often think of people who have made it big and are known for their work. People who have grown to be a brand in their own right, and as a result get their brand strengthened by exposure through interviews, articles and shares on social media.

But what about the middle of success stories? That large part of the 40% of freelancers who are still in the game, making a living through their work without being famous – what can we learn from them? I came across a sharp remark from a Reddit sub called r/Entrepreneurs, who stated: “More of the successful individuals don’t spend their time engaging with online subreddits because they are too busy producing”. It made me wonder how much we can learn from people who are flying under the radar, but being successful in their own right.

What failures, either your own or others, have you learned from?