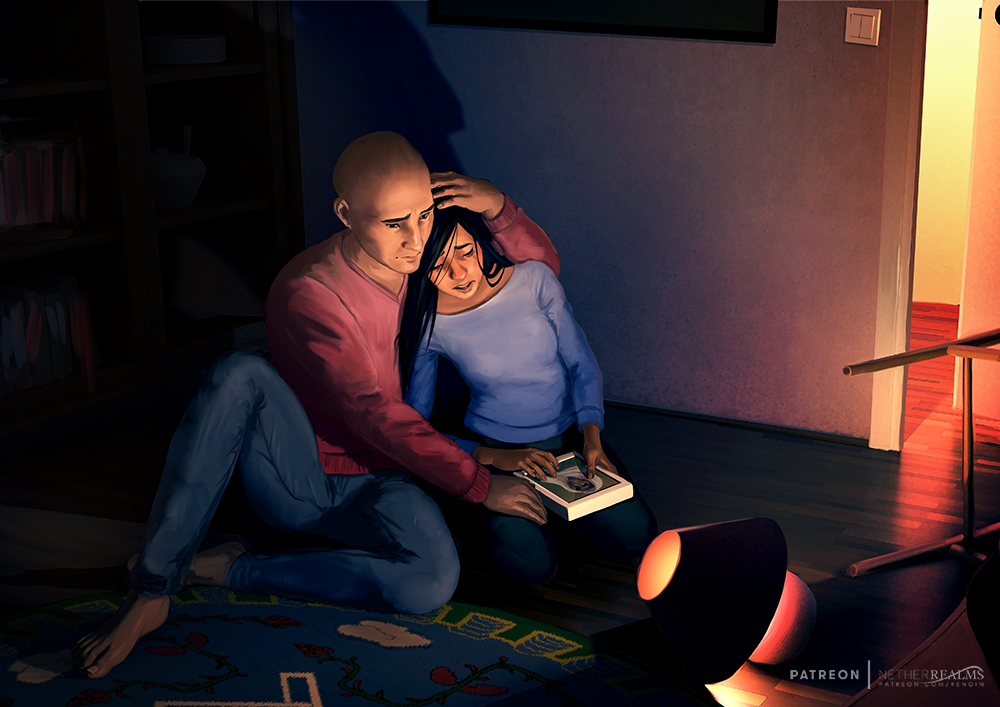 “Qadan came rushing up the stairs when he heard the noise. He opened the door, thinking he’d find his daughter physically hurt somehow.

Instead, it was clear she had started a new stage of her grief. Nergui had gone through shock and denial. Today it was time for anger. Chairs in room were overturned, and the lamp was on the floor. In its dim light sat Nergui, gingerly holding a portrait of her mother.

Qadan’s heart ached. For himself, his late wife, but mostly, his poor daughter. He sat, took her in his arms, and together they wept for the family they had lost.”

Who else cries for fictional characters? 🙋‍♀️