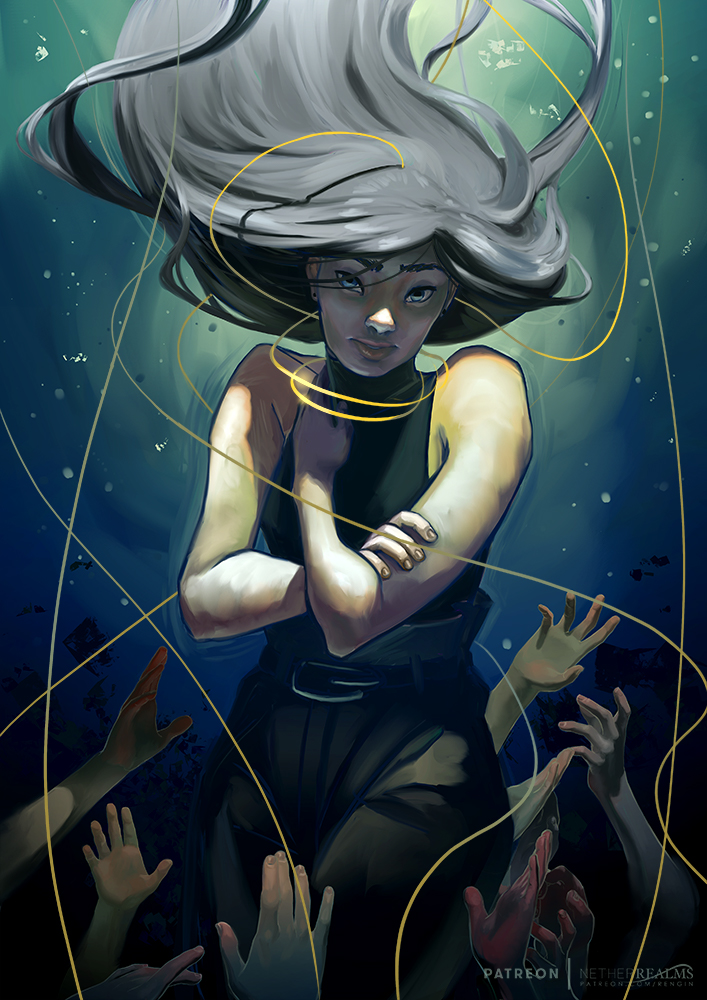 “It was a Nightmare. That’s what Nergui kept telling herself, stoically looking ahead instead of down. The Netherrrealms were testing her, and those hands clawing at her feet were not her parents’. There shouldn’t be more than two per person, anyway. That’s how she knew it wasn’t real.
The Lifelines, though, were throwing her off. Could the Nightmare fake those? These golden threads floating around her, weren’t these a sign that the people below her were real?
Nergui swallowed, and looked up. She hoped help would arrive soon.”
—
Going a bit more stylized this month! What do you think?
Don’t forget you can find an overview of all Netherrealms pieces on the website! There’s also extra info on there about the characters and world setting that let you dive deeper into the Netherrealms.
0
0
Your Cart
Your cart is emptyReturn to Shop
Continue Shopping