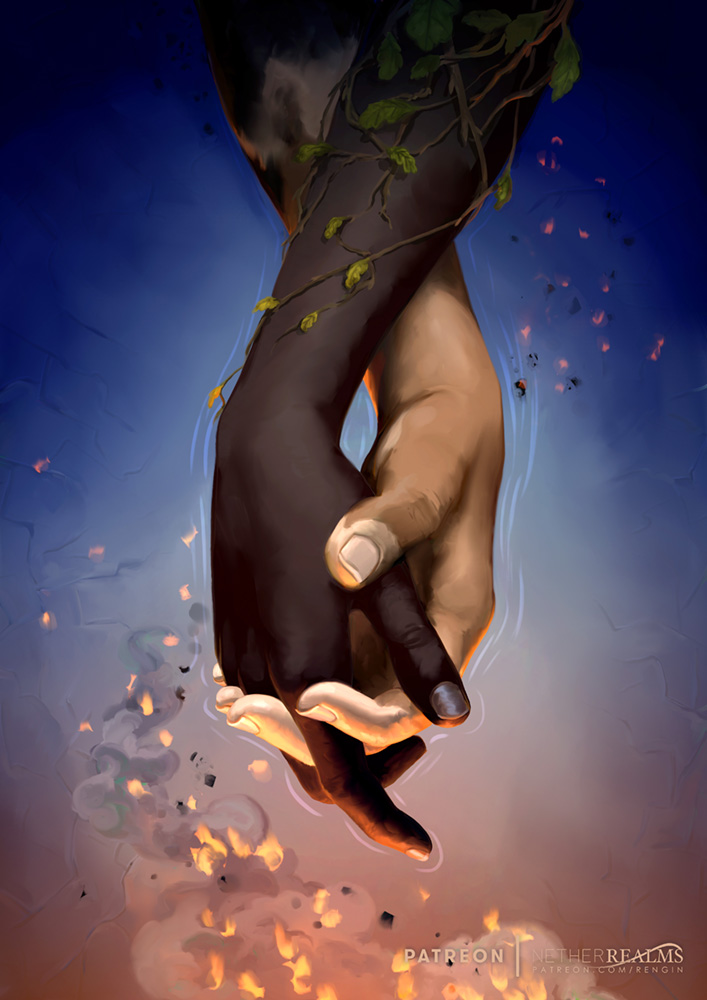 “At first, Dane was too dazed to realize he had seen Zara before, in a dream.

His last memory was incessant coughing and increasing heat on his back, trying to get the boy down from the chimney he was stuck in. In the end, he’d gotten so tired…

Zara told him that he’d been chosen by the Netherrealms. To protect people, even after his death. The thought made Dane despair. He wanted rest; to fade into nothingness.

But Zara kept coming back. With food, or to take him for a walk. She told him stories – of her own death, the family she’d left behind, and the new family she’d found here. Sometimes they sat in silence, saying nothing.

Slowly, he found his path again. Not as a Protector, as they’d thought he would be. But as a Scribe, forging his own path in the Archives of Time.

And always, Zara kept coming back. For him. He had made a friend for afterlife. And from that point, Dane’s world went from ashes, to ardor.”